052: How to Use Stories to Engage People | featuring Steve Kloyda from The Prospecting Expert 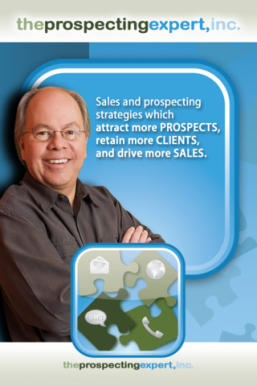 Who would you say has had the most influence over people in the last several decades? Politicians? Teachers? CEOs? Perhaps Hollywood and the rest of the entertainment industry have had the most significant impact on a greater number of people. Consider this:

When these storytellers, artists, and musicians cast a vision, sound the alarm on a problem, or establish priorities, they guide the public imagination and frame the future.

Think about it: The biggest influence happens when people are being entertained. Storytelling is a marvelous way to combine influence and entertainment for maximum impact.

This episode discusses the “why” and “how” of using storytelling to engage people. Our guest is Steve Kloyda, host of the popular podcast The Prospecting Expert. Steve has a very large audience that is primarily made up of sales leaders, who of course spend most of their time trying to engage and influence their target customers. As with most leaders and influencers, stories are one of the most powerful tools at their disposal.