Book Review: Case of the Missing Cutlery – A Leadership Course for the Rising Star 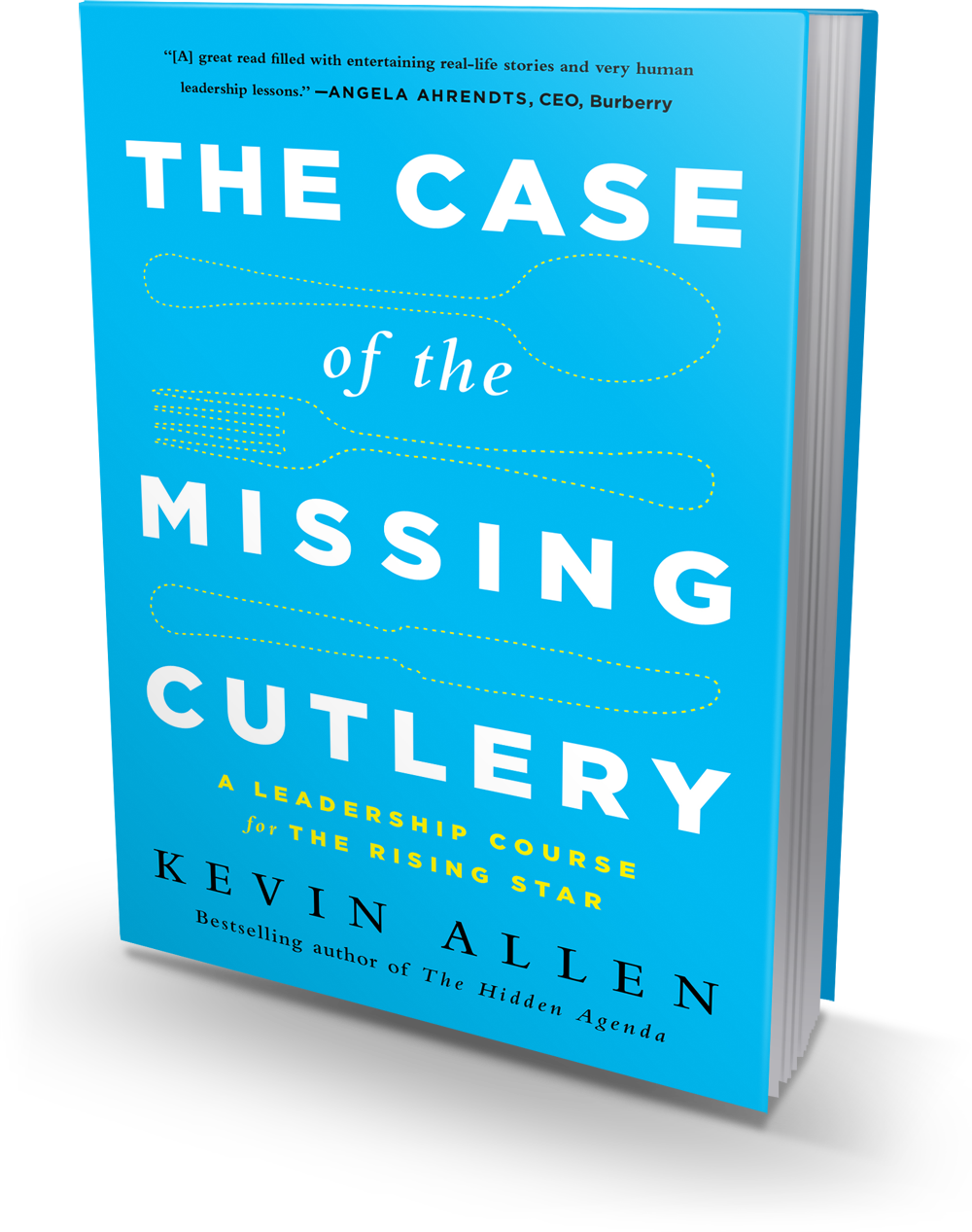 You can buy a leadership book today for about $25.

But learning about leadership from a few decades of everyday experience and mentors? Priceless.

Kevin Allen was the pitchman for the “Priceless” ad campaign for MasterCard, which launched in 1997 and continues to influence people today.

Kevin wrote the Wall Street Journal best-selling The Hidden Agenda: A Proven Way to Win Business and Create a Following. And now he’s back with a new book, The Case of the Missing Cutlery: A Leadership Course for the Rising Star.

The big idea in Missing Cutlery is a concept Kevin calls “buoyancy.” Each person in your organization makes a decision about whether to buoy you up after they have assessed your authenticity, empathy, and connection with their true desire.

There are two primary steps to creating buoyancy as a leader.

To illustrate the principles, the book follows a true story from Kevin’s own life, in one of his earliest experiences as a young, new leader at Marriott. In addition, Kevin shares several other stories from his leadership at Marriott, McCann Erickson (the huge ad company that developed the “Priceless” campaign), Rudy Giuliani’s campaign to run for mayor on a platform of making NYC safe again, and now as founder of ReKap, a consulting and software firm that created Planet Jockey, an online leadership development game.

On the topic of communication, I have long tried to learn from the masters of advertising — which, like communication, is all about understanding and influencing people.

But on the topic of leadership, Kevin’s book may be the first time I’ve realized that advertising also has much to teach us.

We tend to think of advertising as manipulating people — and perhaps that works for some short-term relationships (how else can you explain all the awful TV ads for used cars?). But that could never explain the 15 years of continued success behind a campaign like “Priceless.” Clearly, that campaign taps into powerful emotional motivations, which can only happen when you truly understand and ignite your target audience’s wants, needs, and values.

I liked Missing Cutlery … a lot. In fact, I liked it a lot more than I expected. It’s a very fast, enjoyable read. It provides ideas and big concepts we can put into practice immediately.

And the book is also chock full of shorter real stories, told in a fun way, by a leader and advertiser who is well practiced at using stories to simultaneously entertain, educate, and inspire.

Jesse is the host of the Engaging Leader and Game Changer podcasts and managing principal of Aspendale Communications. Connect with him on Twitter, Facebook, or LinkedIn.