The Good, the Bad, and the Zero: Research Reveals Powerful Impact of Manager’s Feedback on Employee Engagement 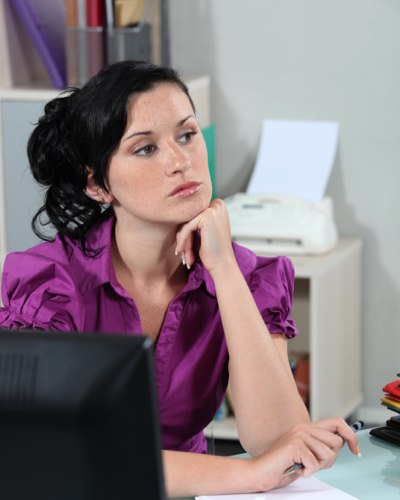 “I don’t know if it even matters whether I do a good job,” Erica said. “Sometimes it’s tempting to cut corners, because it seems like no one would even notice.” Listening to this knowledge worker, you would think she had a rotten boss.

Not at all. Her manager John is a nice, thoughtful person. But most of their interaction consists of 1) John assigning tasks, and 2) Erica checking off the completed tasks. For any given assignment, Erica typically did not hear feedback on the quality or importance of her work.

Interestingly, Erica did hear occasional feedback from her boss’s boss. But that feedback tended to be general and provided weeks after the fact. Nothing replaces timely, specific feedback from an immediate supervisor.

I discussed the situation with John and told him about Tom Rath’s research connecting a manager’s feedback with employee engagement. The very next day, Erica sought me out and delightedly reported that she had received feedback on her latest assignment.

Tom Rath on the Research

Tom Rath, a senior scientist and adviser at Gallup, Inc., is the author of Strengths Based Leadership, among several other bestsellers. (Tom also joined me recently on Engaging Leader episode 58 to discuss his latest book, EAT MOVE SLEEP: Why Small Choices Make a Big Difference .)

Ever since I first heard Tom discuss the Gallup research revealing the direct impact of feedback – the good, the bad, and the zero – on employee engagement, I’ve shared it with many people. Their reaction is usually similar to mine: initial surprise, then a realization of why it makes sense, and finally a revelation of the simple and powerful implications.

The Takeaways on the Link Between Feedback and Engagement

Here are the key takeaways about the powerful impact of a manager’s feedback on employee engagement:

When Rath says “actively disengaged,” he’s talking about people who effectively hate their job, watch the clock until they go home and the calendar until they retire, and spread negativity to co-workers. It’s a toxic situation, and the workers are causing more harm than good by remaining on your team.

The opposite of active disengagement is full engagement: people who know and care deeply that their work is making a difference, love their team, and feel passion about the organization’s mission. They feel satisfied and energized about their work, so there’s less risk of burnout or leaving for another opportunity. Their extra engagement brings insight, creativity, and effort that produces breakthrough performance.

Manager feedback is not the only factor that produces full engagement. But it is a huge factor in minimizing active disengagement. If you don’t like the odds that 40% of your team could be actively disengaged, be sure you are giving each person regular feedback, even if it’s mostly negative. If you want to reduce the risk to 1%, keep most of your feedback focused on optimizing each person’s strengths.

Have you ever had a manager give zero feedback, or only negative feedback? Let us know in the comments section!