How Engaged Are Your Employees? Find Out with This Simple Test 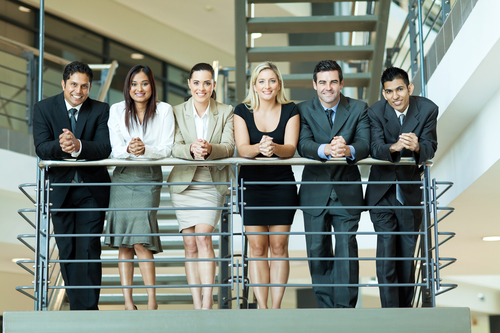 In his book, Locked in the Cabinet, former U.S. Secretary of Labor Robert Reich describes what he calls his “Pronoun Test.”

I ask front-line workers to tell me about the company, and I listen for the pronouns. If the answers I get back describe the company as “they” and “them,” I know it’s one kind of place; if the answers feature “we” and “us,” I know I’m in a new world.

It doesn’t matter much what’s said. Even a statement like “They aim for high quality here” gives the game away. The company still flunks. Workers don’t have a personal stake. Employees still regard the company as they — perhaps benevolent, perhaps evil, but unambiguously on the other side of a psychological divide. Most places flunk.

[When they are] using first-person pronouns, and feeling responsible for the company’s future, these workers are making the company work. Technically, they don’t own the company. But in a broader sense, they do, because they make the important day-to-day decisions and they do well when the company does well.

When I shared this story on the Engaging Leader podcast, one listener told me that it made him realize a key difference between his full-time career in a family construction business and his part-time job in the military. “I realized that in the military, I’ve been talking about what they do and what they decide, because I’m just a little pawn in a big game,” Cesar says. “But in our construction company, I talk about what we do and what we decide, because I have a say, and what I do makes a big impact.”

“When a leader speaks in terms of I and me and my, it’s evidence of an imperial stage of leadership,” says Burnham. “That stage of leadership was effective in the industrial age, but is no longer the most effective.” For example, when a leader talks about “the strategic plan I’m working on” and how proud she is of “my latest initiative,” it’s clear that she views herself as the central hub of talent, insight, and power.

When a leader speaks instead in terms of we and us, or when she mentions specific people as equals, it’s evidence of the mutual respect and involvement that is a hallmark of effective 21st century leadership. For example, when she says she’s excited “about the work Brian and Judy have been doing,” it’s clear that she recognizes others as equals — as valuable and whole human beings.

In these statements by actual CEOs, notice the use of we, us, and our:

One of the most surprising things to me is how often celebrity leaders use “we” language. Julia Child was a household name for the cooking show in which she was the only performer; yet her entertaining account of the show’s early success (in the introduction to The French Chef Cookbook) is filled with statements like, “we were now an actual and official enterprise” and “we let the gaffes lie where they fell.”

“People often ask me, ‘What is the secret of success of the show?’ or ‘How have we lasted 25 years?’” says Oprah Winfrey. “I non-jokingly say, ‘My team and Jesus.’”

You may think that if anyone had a reason to take full credit, surely authoritative personalities such as Julia and Oprah can. But perhaps a reason they reached such an amazing level of influence is their humility and their respect for others — they recognize they didn’t get there on their own; they had a team of talented people who helped them achieve and sustain their success.

As a leader, you need people to see your team as “we” and “us.” You don’t want your team flunking the pronoun test; you want them to feel ownership. The first and most important step in making that happen is for you yourself to start thinking and talking “we” and “us.” Your mutual respect and involvement will lead to their ownership, passion, and engagement.

Check out the other posts about Power Pronouns and learn when it is best to use “I” language and “You” language.