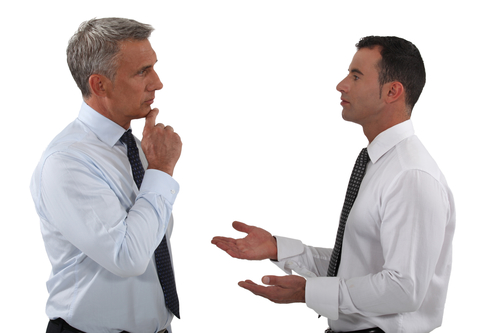 Though many leaders put much of their focus into their communication skills, listening can be one of your most influential skills. But to influence others, you need to avoid sparking their resistance. When practicing authentic listening, here are five actions to avoid:

Don’t multitask.
Don’t try to do other things during the conversation, such as reading your email or getting caught up on Facebook. Don’t think about the upcoming meeting that you want to prepare for.

You may think you are good at multitasking, but science has shown that in reality you are only doing one thing at a time. You hope you are fooling someone into thinking that you are paying attention to what they are saying, but in reality you are fooling them into having a low perception of you: A co-worker may perceive your distraction as a sign that you are in over your head; your spouse or child may think you don’t really care about them.

Don’t offer a solution without being asked.
Often, my wife will tell me about a problem — not to find a solution from me, but so she can 1) get confirmation that her frustration or other feelings are valid, and 2) process her thoughts out loud.

Although I’m naturally wired to immediately start suggesting solutions, I have learned to get confirmation that she wants my ideas before I start tossing them out there. This is a common communication challenge between husbands and wives, but it can come up in any area of life, so don’t offer a solution unless you are asked. (Unfortunately, I have to keep re-learning this lesson. Recently, Erin told me about a problem with one of our kids. “Simple,” I said. “Just don’t let him use the computer until he does what you asked him to do.” She responded politely, but I’ll bet she felt like kicking me for telling her something she already knew.)

Don’t argue or contradict.
Throughout my teen years and into my early 20s, I loved to argue because I was so good at it. Then I read How to Win Friends and Influence People by Dale Carnegie — and I realized that even if I won an argument, I still lost.

A key memory supported this conclusion: One night while in college, I stayed up very late with a friend having a calm, rational discussion about a very controversial topic. At the time, I was well-versed on scientific, historical, and moral points on this topic. After a few hours, my friend threw in the towel. “Everything you said makes sense, and I don’t have any logical arguments against your points,” she said. “But this is what I believe, and I’m not going to change my mind.” Her mind said I was right, but her heart refused to agree with me, so what was the use of arguing?

Most of the time, arguing with a person immediately puts him on the defensive, so he won’t listen to your point of view. Even if he is willing to have an honest debate, as my friend was, arguing may engage his mind but usually closes off his heart. Authentic listening, on the other hand, encourages both open-mindedness and open-heartedness from both you and the speaker.

Don’t be defensive.
When you invite someone to talk while you listen, you may hear criticisms and even unfair accusations. But keep in mind that your intent is to understand the person’s thoughts and feelings. If you can get him to fully reveal himself and be transparent, that can be helpful to you even if you don’t like what you are hearing — after all, most people won’t share that kind of information directly with you, so this is a rare opportunity to learn. And if you seek to fully understand the person, he is more likely to seek to fully understand you, and may even extend an open-minded invitation to you to explain your side of the story behind an unfair accusation. But during authentic listening, your goal is just to fully understand and even empathize with why they feel that way about you.