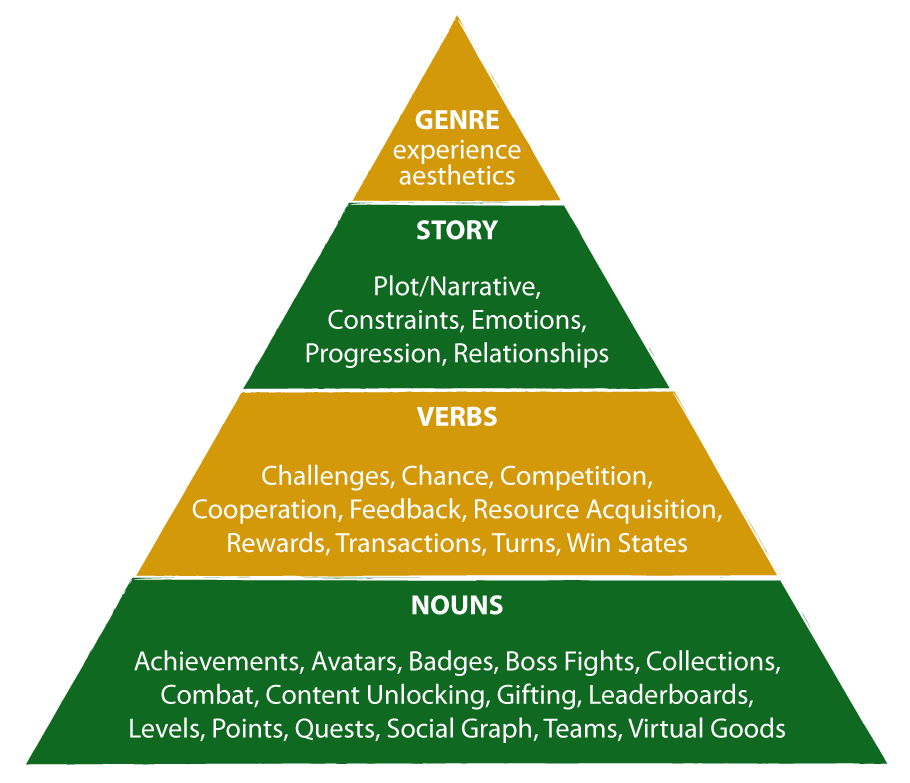 Imagine you’ve been hired to write something that will engage people’s attention about a particular topic, such as trains. You can write anything you want, but to be successful, you need to win and hold the focus of as many people as possible. So you make the following choices:

After choosing your elements, you write a sci-fi novel that involves the Turner family, taking a routine train from Chicago to the moon. Unfortunately, it turns out the train is infested with zombies who want to eat their brains, so the Turners spend most of the trip running from zombies.

Elements like these make up the palette that game designers choose from in the art of creating games. The key takeaway for leaders considering gamification as a strategy for engaging people is to start the planning process with the big picture at the top of the pyramid and work your way down.

Don’t be too quick to start plugging “nouns” into your engagement effort. Start by thinking about the “genre” and “story” that will engage people to achieve the business outcomes, then devise some “verbs,” and finally create some “nouns.”