How to Be a Great Leader, Even If You’re No Einstein 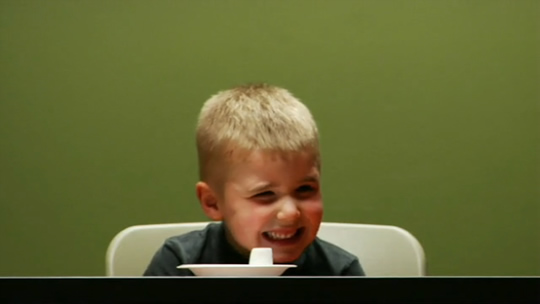 Veteran executive coach and podcaster Tom Henschel released a new episode this week that provoked me to self-reflection. At first, it struck me only as a reminder that both self-awareness and self-management are fundamental principles of success, especially for leaders.

Self-awareness means being aware of your own feelings and thoughts, as well as the impact they have on your behavior. It is a core component of emotional intelligence (often called EIQ). Tom tells the story of coaching a manager who had lost all his direct reports because of his abrasiveness, and yet he was oblivious to the fact that he had feelings such as anger that caused him to frown and raise his voice.

Self-management goes beyond awareness of thoughts and feelings; it is choosing your actions intentionally rather than letting thoughts and feelings drive your actions. A basic aspect of self-management is delayed gratification — controlling your impulses to act now, in order to receive a larger reward later. For a leader, this may involve not venting frustration with a co-worker now, so that you can share constructive feedback once your temper has cooled.

I like to think I am pretty good at both self-awareness and self-management. Tom’s podcast shared two rather extreme examples to illustrate the points, and in comparison to those people, I seem pretty good.

But on further reflection, I’m not so sure. I recall the times my wife has surprised me by saying, “Stop yelling at me.” Each time, I insist that I was not yelling, but an objective observer would agree that my voice was raised above the level of normal conversation, and my face displayed anger or irritation. Erin felt like she was being yelled at … and I was not even aware that I was feeling or expressing the anger or irritation. Not exactly a model of self-awareness.

And then last night, I popped a bowl of popcorn to eat while watching an old Star Trek flick with three of my kids. It was a large bowl of popcorn, topped with oil, salt, and Parmesan cheese. My kids were completely sucked into strange new worlds where no one has gone before except Kirk, Spock, and Bones, so I ate all the popcorn myself. Since reaching my mid-30s, I have discovered that if I eat later than 7 or 8pm, my stomach will become upset around midnight and continue bothering me until well after breakfast time. It never fails. So you would think I would control my impulse for a brief nighttime snack in return for the greater reward of a pleasant night’s sleep and a hearty breakfast. But as I showed last night, I’m not always a model of self-management, either.

The Stanford Marshmallow Experiment famously indicated that impulse control is a key predictor of future success in life (even more importance than intelligence). Young kids were given one marshmallow but promised a second if they would wait for 15 minutes before eating the marshmallow. Follow-up studies showed the kids who waited for two marshmallows later scored significantly higher on the SAT and other success measures.

You’ve probably seen a YouTube video portraying a reprise of the marshmallow experiment with 4-6 year-old kids. I’m always improving, but sometimes I still feel more like the “grown-ups” in the humorous “Mature Marshmallow Test” who knew better but still could not control their impulses.